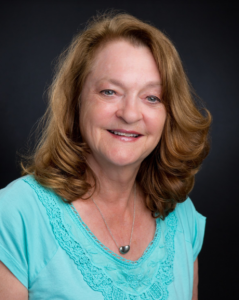 Research, readings and workshopping tours take Ms Shirlee Smith Matheson across the country to schools, libraries, museums, and organizations, where she relates stories contained in her  published books, short stories and articles. Historical aviation and northern-related histories and biographies are her specialties, preserving stories for future generations.

Aviation adventures are featured in eight of Shirlee Smith Matheson’s twenty-one published books, which include seven novels for young people and fourteen nonfiction books for adult readers, as well as short stories and stage plays. She has been awarded The 99’s Canadian Award in Aviation, and is a charter member of Canadian Women in Aviation International (Rocky Mountain High chapter). A new edition of This Was Our Valley, regarding hydro-electric dams on the Peace River — including the controversial Site C currently under construction — was published in 2019.

Shirlee was born in Winnipeg, and grew up on farms and small towns in Manitoba and Alberta. For many years she resided in the Peace River country of northeastern BC, and now makes her home in Calgary where she was employed with Calgary’s Aero Space Museum (The Hangar Flight Museum).

Please note that Shirlee is a non-touring member with YABS, but she welcomes inquiries from prospective hosts. 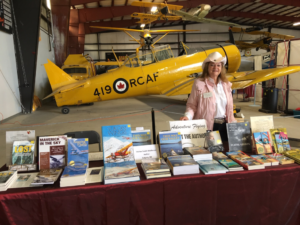 Nonfiction books on the subject of aviation include:

“A Half Million Hours of Aviation Adventure!”

This thrilling collection of stories records the excitement and pioneer spirit of aviation in Canada from the 1920s to the present day.  Intriguing titles catapult reader’s into these true adventures:

and many others from across the country

Reviews/Comments on Flying the Frontiers, Vol. I

More exciting true adventure stories about Canada’s bush pilots.  In this second collection of flying stories, you will meet bush pilots who flew for the love of it, military and corporate flyers whose careers have added a pioneer spirit to the leading edge of technological developments in aviation, and people on the ground whose lives have been most intimately affected by flying.  Both in Canada and abroad, the accessibility provided by aircraft has changed the face of wilderness areas forever.

’Flying can be described as 95 percent boredom and five percent panic,’ said the old-time bush pilot.  ‘Tell me about both,’ responded Shirlee Smith Matheson, clicking on her tape recorder.”  Brian Brennan, Calgary Herald.

FLYING THE FRONTIERS VOL. III – Aviation Adventures Around the World

(*NO LONGER IN PRINT- Check Internet or local stores/museums)

“This collection captures 13 stories from all sides of the flying field – old stories and new, heroic and imprudent, in peace and in war.  These aviators and engineers have taken to the air in fixed- and rotary-wing aircraft, and even in a space shuttle.”

The History of Calgary International Airport.

This 126-page, beautifully illustrated, coffee-table-style book documents the creation and growth of one of the nation’s friendliest and most technologically advanced airports – an international gateway that encompasses a wild and wonderful history, as well as a promising future.  Aided by historical consultant Bill Watts, the airport’s former manager from 1959-1979, as well as a pilot himself, Matheson has brought to life the stories behind the development of this phenomenal success story (Calgary Herald).

Reviews/Comments on A Western Welcome to the World

“Filled with rare archival photographs, stunning color illustrations and breath-taking stories, A Western Welcome to the World is a welcome addition to any aviation buff’s collection.”

This collection chronicles the true stories of people and planes who have disappeared without a trace; areas too dangerous to fly over or into, and aviation capers still awaiting justice – all occurring over Canada’s vast terrain. Elements of “unsolved aviation mysteries” in this collection build on Matheson’s former aviation books, Flying the Frontiers Vols. I, II and III, and records both historic and contemporary events.

“This compelling collection of stories chronicles intriguing aviation anomalies from the shores of Labrador to the British Columbia coast and beyond. Without exception, the stories are offered in a spirit of respect and reverence for the many lost souls of the flying fraternity in Smith Matheson’s trademark style that draws from extensive interviews.” “History Now”, Historical Society of Alberta, No. 4 Oct./05

MAVERICK IN THE SKY: THE AERIAL ADVENTURES OF WWI FLYING ACE FREDDIE MCCALL

Comments: “Shirlee Matheson does a highly credible job recounting the story of one of the most successful fighter pilots of World War I . . . This very well-written book is a great tribute to a great aviation who is as important as Bishop and Collishaw in achieving so many victories against the German Luftwaffe. A great book, an easy read, and an excellent insight into Canada’s Aviation History.” Capt. John Scott, PX Position Report, Vol IV, No. 3, Oct./07 “Retired Airline Pilots of Canada

When the first edition of Lost was published in 2005, it was greeted with exceptional interest by readers, reviewers and aviation enthusiasts across the country. Now, a decade later the initial publication of the book, the stories are more compelling than ever as new information has brought many of these anomalies up to date. In some cases there has been a degree of closure; with others the mystery seems fated to forever remain unsolved.

(*NO LONGER IN PRINT- Check Internet or local stores/museums)

This Was Our Valley

– reveals the social, economic and environmental impacts of hydro dam on Peace River

Hal Wyatt’s career with the Royal Bank of Canada took him from the entry-level position of junior clerk in the tiny Saskatchewan village of Eyebrow to the International Vice-Chairmanship of the largest bank in Canada. He served on more than 30 international Boards of Directors, most often as Chairman. With a career that elevated him to the highest levels of business, with service as a pilot in the Royal Canadian Air Force, with contributions to church and community acknowledged by prestigious awards, and with a strong closely-knit family, the life of Hal Wyatt has indeed achieved a royal balance

Jay Smith is 15 years old and living with his family on their Alaskan trap line when his famous pilot uncle, “Midnight” Smith, arrives in his Norseman aircraft to announce that yesterday, December 7, 1941.  Pearl Harbour was attacked, and the country is at war.  Now a defence highway is being built –1,523 miles through the wilderness of Northern Canada and Alaska.  Jay’s family is suddenly thrust into high action.

This book is on the reading curriculum at RL Angus school in Fort Nelson (Gr. 6) where I do frequent readings and writing workshops every; it has also been optioned for film.

“A heart-felt thank you to Ms Matheson for her novel and for bringing the history of Canada to life.”  Dave McGowan, Peace River Block News, Dawson Creek, BC.

Keeper of The Mountains (out of print)

Set in northern BC, this historical novel is based on Charles Bedaux’s bizarre 1934 Sub-Arctic Expedition.  Chris Haldane, a 15-year-old wrangler hired on the expedition, also makes a personal journey – into the sacred twin mountains, where he dramatically discovers the meaning of being a “Keeper.”

This high action young adult novel is centred in the world of hot cars.  It features a hard-hitting story about those who own them and others who will do anything to sit behind the wheel of one of these high performance, souped-up, tuners and hotrods.